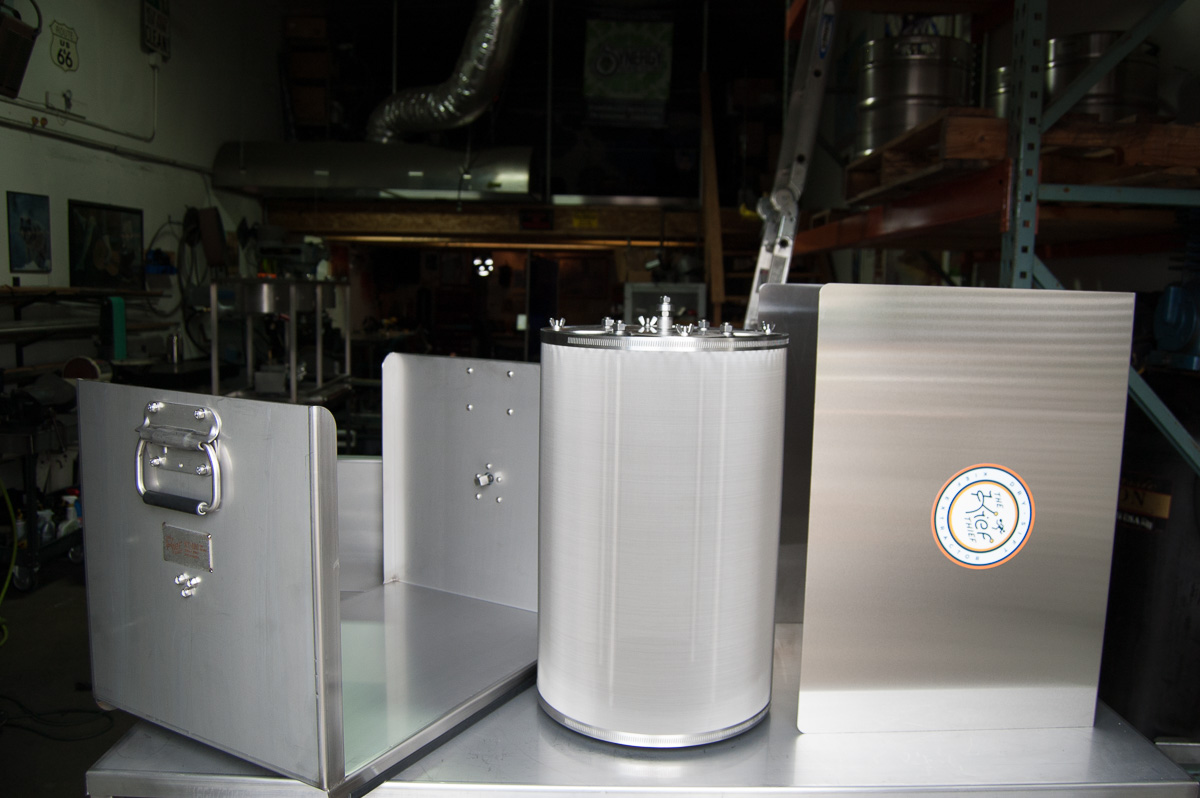 Kief (also known as dry sift) is a marijuana extract that consists of the trichomes or resin glands found on cannabis flower. It is in these tiny, hairlike structures that the terpenes and cannabinoids that gives cannabis its unique properties are produced. As a result, kief has much higher concentrated amounts of THC than the rest of the cannabis plant making it a highly valued substance. The problem with kief is figuring out the best way to separate it from your marijuana flower. Luckily, there are a few different ways you can go about doing just that.

Of the three methods listed here, using a herb grinder is probably the most common and familiar way of collecting kief. A three chamber herb grinder works best. Flower is ground in the top chamber and then falls into the second chamber. This middle chamber typically features a mesh screen at the bottom through which kief can fall into the bottom compartment (sometimes referred to as a kief catcher).

While you’ve probably used this method before, there are a few ways that you can bolster your grinder’s capability for collecting kief. First, try leaving a small coin, like a dime (avoid pennies), in the middle chamber. After you grind your flower, securely attach all the chambers of your grinder and shake it vigorously. As you do this, the coin will knock the trichomes down into the kief catcher.

Another idea is to freeze your flower before grinding it. This will cause the hairlike structures of the kief extra to become fragile and make them easier to separate from the flower.

While herb grinders are very common and easy to use, they aren’t efficient for collecting large amounts of kief within a short period of time. If you’re looking to extract more kief from your flower than a herb grinder will allow, you’ll want to use either a sift box or a kief tumbler.

A sift box (also known as a kief box) is typically constructed of a wooden frame with some sort of mesh screen stretched across it. Flower is then placed on top of the screen, and the box is shaken to knock kief below while the rest of the cannabis stays on top.

You can also use multiple sift boxes with increasingly smaller mesh screens to further improve upon this approach. This allows you to process larger amounts of cannabis at a time, but it does require a good amount of physical exertion. Also, the material used for the mesh screen is important. Nylon is a common option although it is not a great choice as it stretches and tears relatively easily leading to pieces of nylon falling into the kief.

If you’re looking for the hands down easiest way to collect large amounts of kief, you’ll want to use a kief tumbler. Also known as a dry sift tumbler, a kief tumbler has all the extraction capabilities of a sift box but without the labor intensive process.

With The Kief Thief, it’s as simple as putting flower in the tumbler and turning on the machine. Then, all you have to do is wait and collect the kief after it has been extracted.

As far as kief tumblers go, The Kief Thief stands above the rest as it is made primarily of stainless steel that is expertly welded together and ready for years of use. The Kief Thief is also designed to make collection as simple a process as possible while some kief tumblers have nooks and crannies from which it’s hard to collect kief.

If you’re looking for the best kief tumbler available today, look no further than The Kief Thief.

How to Use the KT100 Dry Sift Extractor

How To Use Your Kief

There is nothing more satisfying than seeing your patience paid off. Your collection of kief…