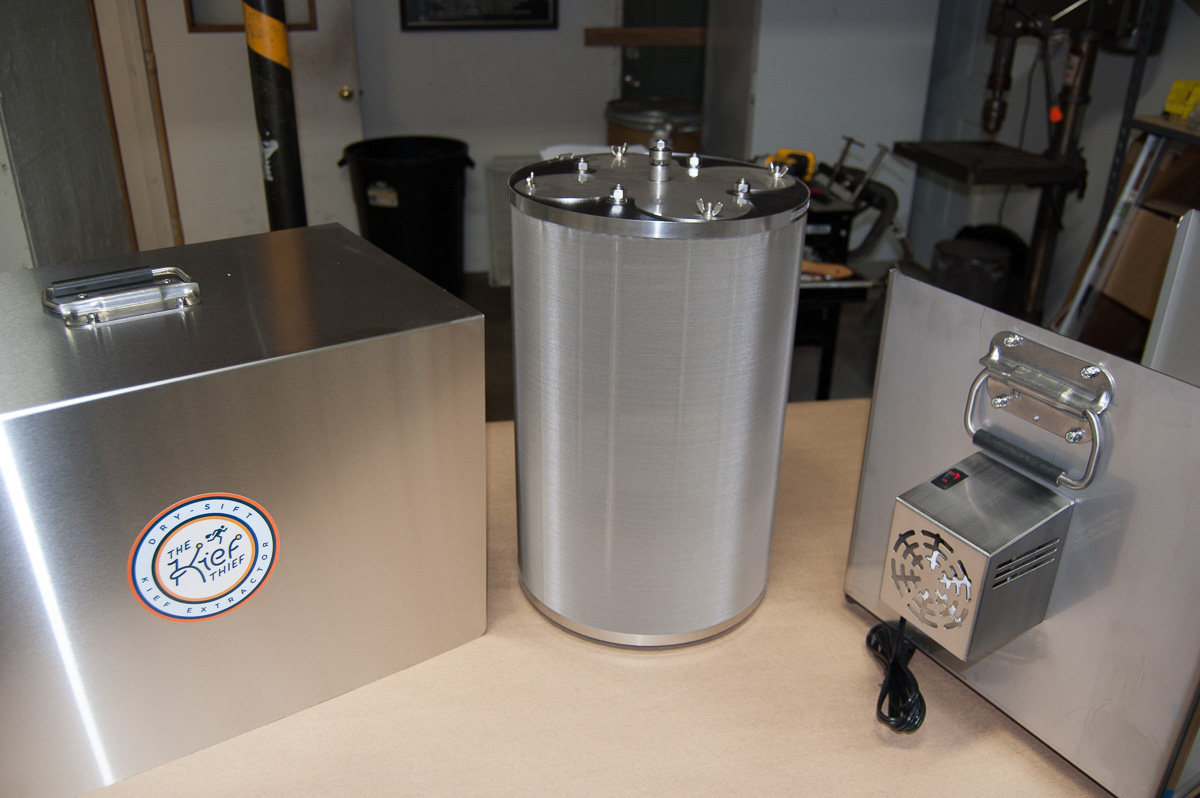 Trichomes are the tiny resin glands on the cannabis buds that produce the majority of the cannabinoids and terpenes responsible for giving marijuana its psychoactive effects. The Kief Thief works as a kief tumbler to separate these trichomes from the plant material through solventless extraction. You can extract a lot of kief with each run of the Kief Thief, but what to do with all that kief can pose a dilemma.

Kief is a great extract, but it can be difficult to store and handle in large quantities. Enter hash.

Hash is a concentrate that is basically compressed and heated kief. This alters the chemical makeup and physical consistency to produce a slightly different extract from plain kief. Hash is easier to handle in larger quantities and will typically burn slower than kief. Many people use hash the same way they would kief such as using it to top bowls and blunts or to smoke on its own.

Hash has been around for thousands of years. In fact, “hashish” comes from the Arabic word for grass. The first type of hash came from those who labored in cannabis fields. At the end of their day, they would have resin stuck to their hands, so they would rub their hands together and collect the resin to make a small ball of hash. This “hand-rolled” method is still used by some to this day.

How to Press Hash at Home

The easiest way to press kief into hash is through the use of a pollen press which you can buy online. If you’re not familiar with pollen presses, they consist of a cylindrical tube with twist off caps at each end. To use the press, remove one end and fill the tube with kief. Then, apply pressure by screwing back on the previously removed end. This pushes the kief together and starts to form it into a puck.

Some people prefer to let this sit for anywhere from a few hours to a day at a time to let the kief consolidate. When you are ready, simply remove the ends and your little puck of kief. If you find it too difficult to remove the puck without it sticking to one or both ends, try placing a little bit of parchment paper between the kief and the ends before pressing. This should help to remove it easily once you are done pressing.

To turn this puck into hash, wrap your disk in wax or parchment paper and wrap that in a wet paper towel. Heat your oven to a medium heat (somewhere between 200F and 275F). Wrap the wet paper towel in tinfoil and place that in the oven for 5 to 8 minutes. Then, unwrap everything until you have your puck and place it back in the pollen press. Repress the puck, rewet the paper towel and repeat this process 2 to 3 more times until you have a little puck of hash. You need to let it cool by letting it sit overnight or by placing it into the refrigerator or freezer.

If you have a lot of kief, you’ll probably find this process to be too inefficient. To make hash in larger quantities, start by making an envelope out of cellophane and filling it with kief. After making sure it is securely taped so nothing will fall out, press it firmly with a rolling pin. Next, follow the same process above of repeatedly wrapping the brick of kief in a wet paper towel and tinfoil, putting it in the oven for 5 to 8 minutes at medium heat and pressing it again while starting the process over until you have some nice, brown hash.